This is Mary's Moon and Black Static issue 22 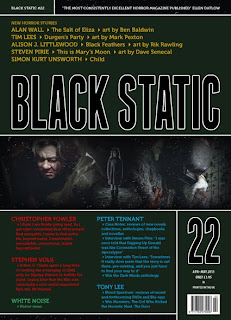 In this issue is my story "This is Mary's Moon", the 'sister story' (in that it grew from the same seed before going its own way) to my tale "The Spring Heel", published in Haunted Legends anthology and itself gathering favourable reviews. 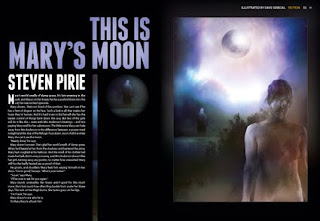 The artwork, by Dave Senecal and shown above, is rather special.

Also included is Pete Tennant's fabulous review of Burying Brian, in which Pete says such nice things as: "…the gentle humour that informs this work, the self-mocking way the characters have about them and the beguiling prose with which Pirie captures their actions and attitudes." and "…you marvel at Pirie's ingenuity and his ability to continually find some phrasing that will put a smile on the most curmudgeonly of faces…" 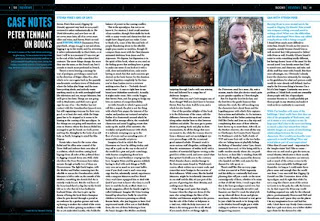 And as if that's not enough of me, there's also an interview in which I discuss amongst other things the battle of the sexes. If you want to know who won, and the fight was dirty I can say, then you need to buy Black Static 22.

It's available at: Black Static
Posted by Steven Pirie at 11:44

I think they should subtitle this issue: The Pirie Issue. :D Congrats.

Sadly, I've only read a few issues of Black Static, copies I've picked up cons and such.

I really need a subscription.